Click here to sign up to be a part of Danny Hammond Dance Marathon for 2020-2021 school year by November 18th! 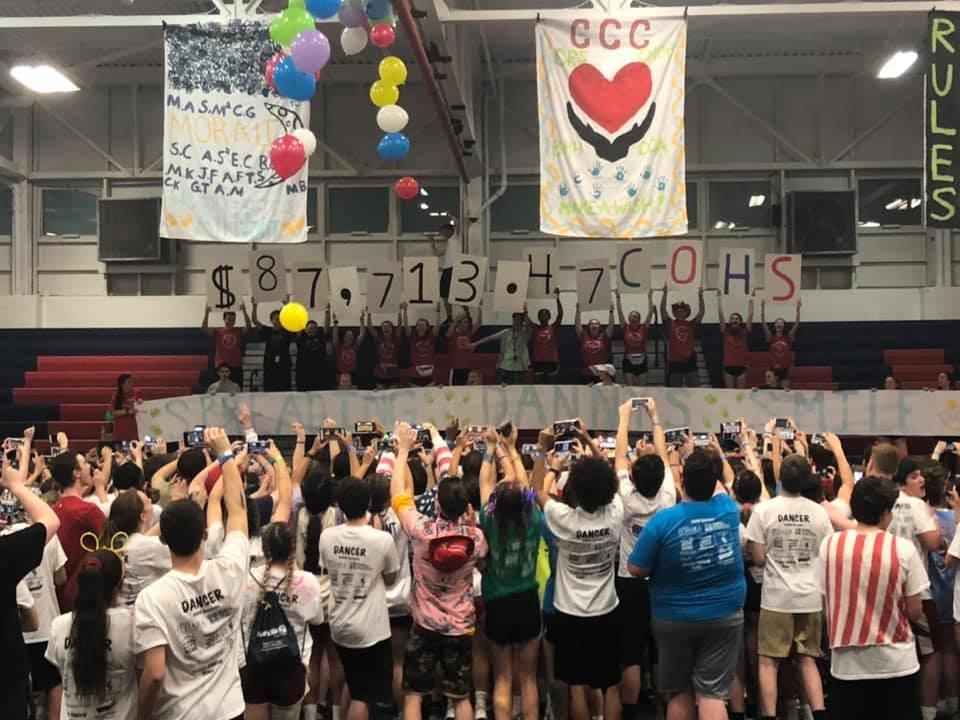 In 2013, Cardinal O’Hara student, Jeremy Fratoni, wanted to bring the idea of Penn State’s Dance Marathon to our school. He wanted to help those in need, get the school involved, and have fun while doing it. Soon, Cardinal O’Hara’s dance marathon was in place. Now we fundraise, we dance, and we come together as a school community for many causes. What makes our dance marathon stand out amongst others is our name: Danny Hammond Dance Marathon.

Danny Hammond was a student at Cardinal O’Hara and was a member of the class of 2010. He was just like everyone else. He loved Sea Isle City, Marvel Comics, sports, his friends, and going to school. Danny was only nine years old when he was first diagnosed with cancer. He repeatedly beat his cancer, but it returned three times - including in his brain, which left him with little vision. His cancer came back for the third and final time when he was twenty years old in 2012. He passed away February 20, 2014. During Danny’s battle, he remembered what was most important to him: helping others. Danny reached out to those in need through Alex’s Lemonade Stand, Penn State’s THON, and CHOP. Danny also helped others by just being himself. He was a charismatic and funny boy. People just loved talking to him. Danny said, “Throughout all this the most important lessons I've learned is humor, living life to its fullest and to help others along the way.”

This is what Danny Hammond Dance Marathon does. We will continue to spread Danny’s message of happiness and compassion for others. In the past five years of DHDM, our main focus has been on pediatric cancer. DHDM will be donating to CHOP, The Make-A-Wish Foundation, Catholic Relief Services, and Bringing Hope Home through Lions Philanthropy at Cardinal O’Hara. Our fundraising efforts will be collected in one fund throughout the year and disbursed to the groups mentioned above.

We believe that this will be the best year yet for the Danny Hammond Dance Marathon because we will be able to bring Danny’s vision of helping others alive to a higher capacity. We’ve been spreading Danny’s message and smile since 2013, but this year we get to spread it even farther. Every person who is involved can and will make a difference to someone who truly needs it. Danny said, “There's always someone fighting sometimes even a bigger battle than you.”